Nepal, a small landlocked country sandwiched between two massive countries: China and India, is known as the "Land of the Himalayas" because it is home to the world's highest mountain, Mt. Everest. Nepal is known around the world as the Himalayan Kingdom. There are 1,310 peaks above 6000 meters, 238 of which are now accessible for climbing. Similarly, Nepal has eight of the fourteen 8000 meters above sea level summits, including Mount Everest, the world's tallest peak. Kanchenjunga, Lhotse, Makalu, Cho-Oyu, Dhaulagiri, Manaslu, and Annapurna are the other seven peaks.

Mt. Everest (8,848m), the highest point on Earth from sea level, and more than a hundred other peaks have been in the country's introduction. Nepal has eight (8) peaks among the top ten world's highest peaks, out of a total of 14 peaks above 8,000 meters. Nepal is synonymous with the Himalayas, which rise tall and lofty beneath a blue sky, greeting brave mountaineers, hikers, and trekkers. Geographical diversity, cultural diversity, pristine wildlife, undiscovered territories, sapphire landscapes, and brilliant mountains are only a few of the well-known attractions.

Mount Everest, at 8848 meters (29029 feet), is the world's highest mountain. It was originally climbed by Sir Edmund Hillary of New Zealand and Tenzing Norgay of Nepal on May 29, 1953. Mount Everest is also known as Chomolungma (Goddess Mother of the Snow) in Tibetan and Sagarmatha in Nepali (Mother of the Universe).

Everest had been tried several times before the significant expeditions of 1922, 1923, and 1924. In 1999, the body of George H. L. Mallory, who died in an earlier attempt (1924), was discovered not on the summit. Over 600 climbers from 20 nations have reached the summit via various north and south routes. Climbers have been as young as twelve years old and as old as sixty.

The Kangchenjunga massif, located in the Taplejung area of Province No. 1, is on many mountaineers' and trekkers' bucket lists. Many brave trekkers dream of experiencing the region's unique qualities, which include picturesque valleys, coruscating peaks, enchanting environment, and a diverse range of flora and wildlife. Trekking in the unexplored wonderland of the Kangchenjunga Region is the greatest way to see the unexplored wonderland on untrodden pathways.

From 1838 to 1849, Kangchenjunga, the world's third-highest mountain, was touted as the world's highest peak. Although Kangchenjunga is located on the border of Nepal and Sikkim (India), the Indian government has closed the path to Kangchenjunga from the northeast side since 2000, leaving Nepal as the only country having three alternate routes to ascend Mt. Kangchenjunga. 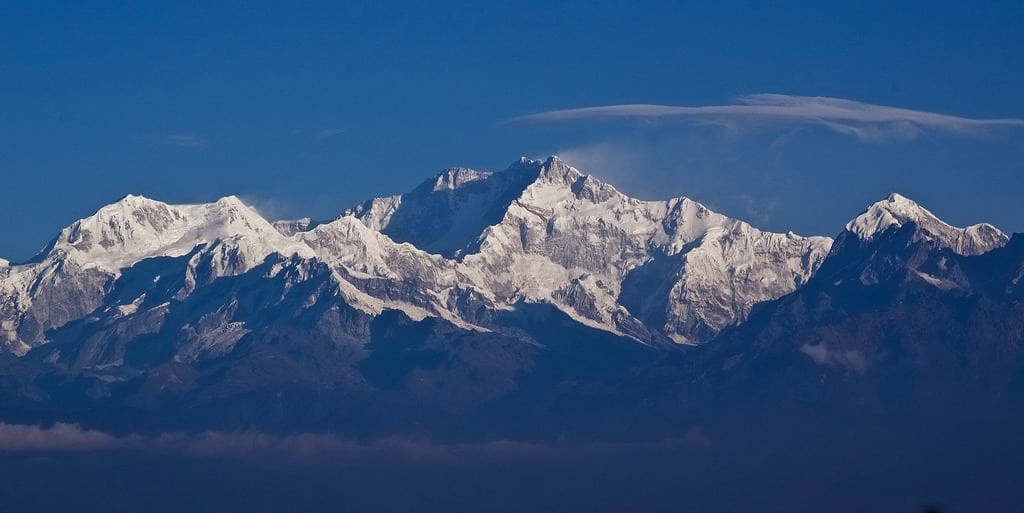 Lhotse is Nepal's third and world's fourth highest peak, rising 8,816 meters above sea level in the Khumbu area. Lhotse is frequently wrongly thought to be the south peak of the Everest massif because it is part of the Mahalangur Himal, but it is an autonomous summit made up of three peaks: Lhotse main (8816m), Lhotse Shar (8,383m), and Lhotse middle (8,383m) (8,414m). Ernest Reiss and Fritz Luchsinger successfully climbed Lhotse in 1956, bringing the mountain into the spotlight.

The Lhotse route, up to Yellow band beyond EBC Camp 3, follows the same Everest route as the Everest route.Due to dangerous rocks, a dry surface, and the risk of rock falls, the Lhotse mountain is one of the most challenging and rarely tackled peaks above 8000m. Lhotse may be an exciting mountain trip for budget mountaineers who desire to complete mountaineering for half the expense of Everest.
Fritz Luchsinger and Ernest Reiss, two Swiss, were the first to summit Lhotse in 1956. There are two minor peaks in addition to the main summit. Nuptse, a high peak on the Mountain's West Ridge, and Lhotse Shar, which is just east of the main summit.

At 8,485 meters, Makalu is the fifth highest mountain on the planet and is located in the Mahalanger Himalayas on the border between Nepal and Tibet (China's Autonomous Region). Mt. Makalu, 14 miles east of Everest, is the first magnificent peak to attract the attention of climbers after a successful Everest attempt. The peak is considered one of the most demanding and difficult peaks due to its steep slopes and four sharp ridges. Makalu was first climbed by the French expedition Lionel Terray and Junksey in 1955, but the first attempt by the American team in 1954 failed due to a violent storm.

Its length on my own is impressive, however its shape that of a super pyramid with 4 sharp ridges makes this maximum mountain of the arena all of the extra spectacular.It has proved to be a difficult climb, as most effective 5 of its first 16 tries have been successful. Previously, it were widespread and studied with the aid of using numerous Everest parties, however like such a lot of different giants withinside the Khumbu region. It become now no longer tried till the summit of Everest were attained in 1954, A French organization first climbed Makalu withinside the yr 1955. Como Lonzo (35,650ft.) is a subsidiary top of Makalu, growing simply north of the better summit, separated with the aid of using a slim saddle.

Cho Oyu (8,201) is the sixth highest mountain in the world, not far west of Everest and Lhotse in the Khumbu region along the Tibetan border in eastern Nepal. Everest withinside the Khumbu sub-segment of Mahalangur Himalaya. The top is the second one maximum climbed 8thousander after Everest and is likewise taken into consideration as the perfect top to be climbed above 8,000m. Famously recognised as “Turquoise Goddess” in Tibetan language, Cho Oyu is withinside the excursion listing of enthusiastic mountaineers. This top become first tried in 1952 through the British excursion as an ordeal of Mt. Everest, however the a success try become made simplest in 1954 through Hebert Tichy, Pasang Dawa Lama, and Joseph Jochler. Cho Oyu top has  predominant routes to attain the pinnacle amongst which Nang La Pass is the perfect direction of the trail. Due to the smooth accessibility of the top, it's also taken into consideration as the “Trekking top” and is well-known amongst mountaineers and Trekkers.

Everest's towering peaks of sand cover the highest surrounding mountains. Cho Oyu is becoming a familiar landmark for climbers scaling Everest via the North. To the west of Cho Oyu is Nampara, a 19,000-foot glacier pass and the main trade route between Khumbusherpa and Tibet in the 15th century. Due to its proximity to Nangpa La, ChoOyus has earned a reputation among some climbers as the simplest peak of 8,000m. This is the third peak like this, with two Austrians climbing first in the fall.

Dhaulagiri (8,167 m), also known as White Mountain, is the seventh highest mountain in the world. It is located completely in Nepal at 8,167m from sea level. In 1808, while the mountain become discovered, it become taken into consideration the very best top withinside the international and it remained the international`s tallest for 30 years. Dhaulagiri is the call derived from Sanskrit meaning “Beautiful White Mountain”. The top become effectively climbed with the aid of using the Swiss/ Austrian day trip in 1960 with the assist of an airplane, even though it isn't always allowed to fly over the Himalayas. Mount Dhaulagiri may be visible noticeably from Annapurna Base Camp Trekking “Poon Hill” Dhaulagiri is the primary massif top with its severa subsidiary peaks which includes Dhaulagiri II (7,751m), Dhaulagiri III (7,715m), Dhaulagiri IV (7,661m), Dhaulagiri V (7,618m). The maximum thrilling top gives the surging international`s private Kali Gandaki Gorge which flows among Dhaulagiri Annapurna I.

This is a huge Himalayan massif located in the north-central part of Nepal. It has been replaced by Ecuador's Chimborazo (20,561 feet) and is considered the tallest mountain in the world. It has maintained this reputation for nearly 30 years until the discovery of Kanchan Junga, which was mistaken for the highest mountain in the world. Dhaulagiri's ridges stretch 30 miles, adding texture to the complex terrain of winding ridges, glaciers, and icefalls. Several pyramidal peaks are rising along the main ridge. Four of these peaks, numbered from east to west, are over 25,000 feet. The first Swiss-Austrian expedition to the summit in 1960 was the first Himalayan climb to be helped by a plane, although it crashed on approach but was later abandoned in the mountains. You can enjoy Dhaulagiri South Base Camp at Dhaulagiri Sanctuary Trek.

Manaslu, the eighth highest peak in the world, is the highest peak in the Gorka massif. It is one of the 8000m peaks entirely in Nepal. The name Manaslu comes from the Sanskrit word and means a mountain of spirits. Toshio Imanishi and Garzen Norbu of the Japan expedition first successfully climbed in 1956. But before that, H.W. Tilman and his team explored mountains and routes when the 1950 Annapurna IV attempt failed. The mountain is one of the most dangerous mountains and some locals say this is the peak. Trekking in this area is prohibited for solo hikers as this area is a restricted area and requires special permits. Therefore, this mountain is a low priority among mountaineers. Since the Manaslu region is an undiscovered treasure hidden in the Himalayas, MMT accompanies trips to the region, offering Manaslu Trek, Manaslu Circuit Trek, and Manaslu Tsum Valley Trek. 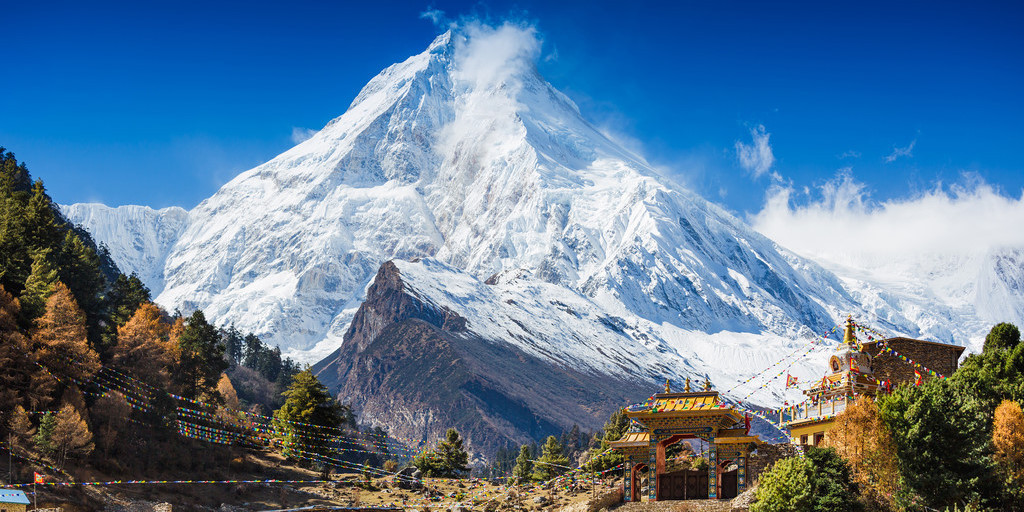 The long ridges of the mountains and the glaciers of the valleys provide a viable approach from all directions, reaching the peaks that rise above the surrounding landscape and are the dominant feature from a distance. The name Manaslu is derived from the Sanskrit word Manaslu and can be broadly rephrased as a mountain of spirits. The all-female Japanese expedition succeeded in the summit and became the first woman to climb the 8,000-meter peak. This Mount Manaslu offers 12 days of short Manaslu circuit trekking for trekking enthusiasts around the Larchiara Pass.

Annapurna, the first-ever 8thousander height to be efficaciously climbed is withinside the listing of the tenth (10th) world`s maximum height. The mountain become named after a Hindu Goddess of meals and grains: Annapurna that's derived from the Sanskrit words `Anna` which means meals and `Purna` which means full. Although Annapurna I is the deadliest mountain above 8000m because it has the best fatality rate, this mountain is the first-ever 8thousander to be climbed. 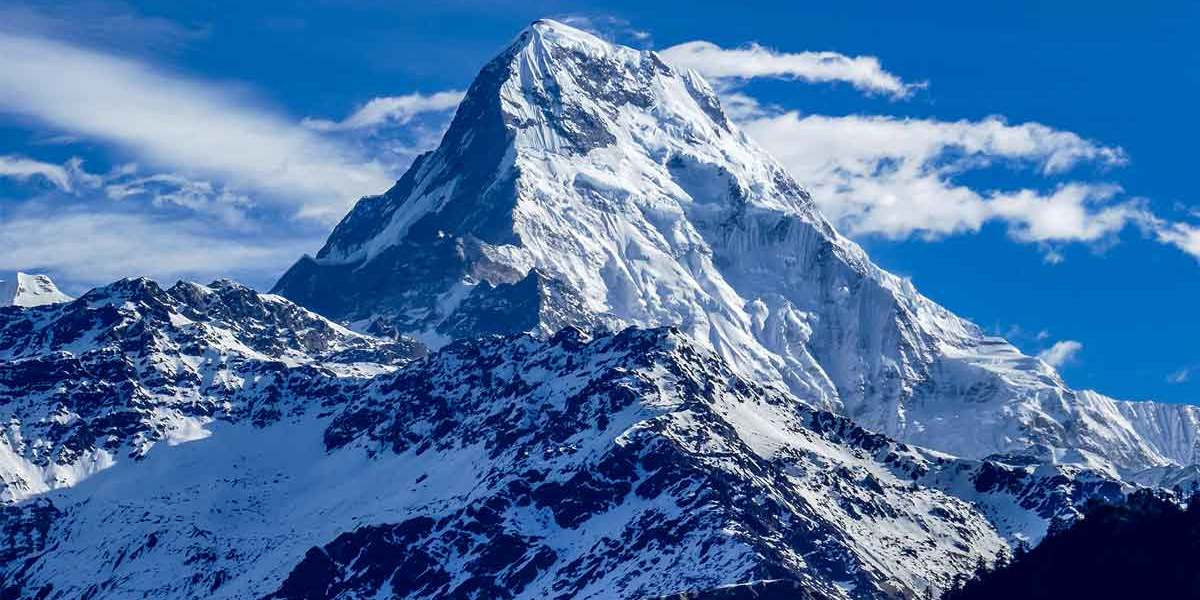 Maurice Herzog and Louis Lachenal had been the pioneer mountaineers who added the Mt. Annapurna via way of means of efficaciously scaling the height in 1950, 3 years earlier than Mt. Everest become ascended. The Annapurna massif is fifty-five kilometers lengthy along with several peaks that might be blanketed below Annapurna Conservation Area.