The most Iconic Treks in Nepal

Although Nepal is not the only country in the Himalayas, it is the nation most closely connected with the range because it is the location of Mount Everest and more than half of the planet's other 8,000+ meter mountains.

For the first half of the 20th century, Nepal was blocked off by outsiders and the majority of foreign influences, so when the first western mountaineers and trekkers came to Nepal in the 1950s, they were mesmerized by what they found. Even Kathmandu, the nation's capital, was little more than a collection of temples, shrines, palaces, markets, and red brick townhouses because the country was stuck in a medieval time warp. The first mountaineers and trekkers had to walk from Kathmandu's Durbar Square to Everest and the other major peaks because there were hardly any roads in the area.

Since then, much progress has been made. The country's lower and flatter regions are covered in an ever-expanding road network, Kathmandu has grown into a gigantic megacity, and the trekking business is unmatched. The majesty of the mountains, the breathtaking beauty of the countryside, and the unfailing hospitality of the Nepalese people, however, haven't altered. These are what keep mountain lovers coming from all over the world.

The Everest Base Camp Pioneer's Route

There's a good reason why this journey is arguably the most well-known in Nepal. To reach Everest base camp's moraines, you must hike for two weeks through lush foothills, past Buddhist monasteries, through stone-walled, slate-roofed towns, and right into the heart of the Himalayas.

For those who are prepared to pay, the route is supplied with first-rate accommodations and trekking lodges. The drawback of this route's popularity is the inescapable crowds; if you're searching for peace and seclusion, look elsewhere. This is very much a social trekking path. 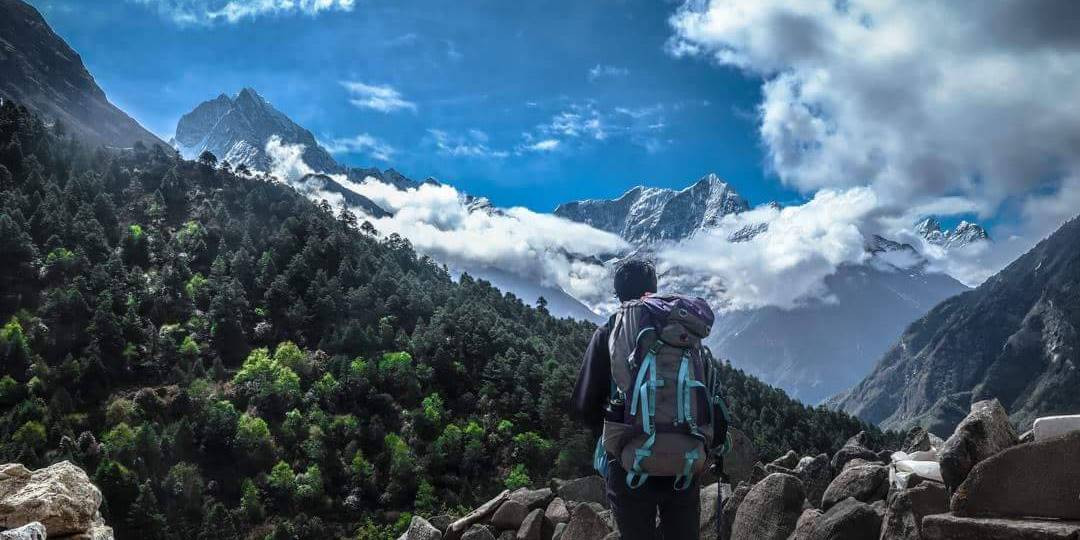 This trip, which goes to a succession of high glacial blue lakes, is considered one of the best in Nepal because it offers scenery that is just as breathtaking as that on the Everest base camp trek but with much less crowding. Be aware that altitude issues can arise. As many more rest days as you can, proceed carefully.

After Namche Bazaar, a half-day walk away, the trip continues along the Everest base camp trail to Sanasa. Trekkers from Gokyo skip up the Dudh Kosi valley from here, while the masses lumber towards Everest.

Most hikers on the Annapurna Circuit passing through Koto won't be aware that a trail off to the east leads to a mysterious, secret realm. Before 2002, the Nar and Phu valleys were off-limits to tourists, but when they were, the first trekkers found a landscape of slender gorges, mountains rising 7 km above sea level, ancient stone settlements festooned with prayer flags, and a distinctive local culture based on yak herding and trade with neighboring Tibet.

This walk, also known as the Khopra Danda trek, is far from the typical Annapurna trekking paths and offers a quiet, laid-back journey to towering vistas on Annapurna South's flanks. There are numerous variations on the route.

The trails travel through quaint communities with modest private and communal lodges as well as numerous lovely woodlands. Khopra Ridge is an amazing dome, and the exposed route that runs along it gives the impression that it is much higher than it is (especially when covered in snow). The views of Dhaulagiri I (8,167m) across the way are breathtaking. The 10-hour day trek to the high-altitude Khayer Lake from the ridge is quite difficult and exhausting (4,600m).

The 12-day Upper Mustang loop is a more challenging but longer variation of the conventional Upper Mustang trip. The typical route up the western side of the Kali Gandaki is followed for the first portion of the journey to Lo Manthang. On the way back, though, you take a considerably more adventurous route along the eastern bank of the Kali Gandaki. On this side of the river, there is a lot less development and no road building. There are fewer trekkers and more traditional villages. In comparison to the western path, the scenery is also more impressive; however, the walking is more difficult, fresh water is more difficult to come by, and communities are farther apart. 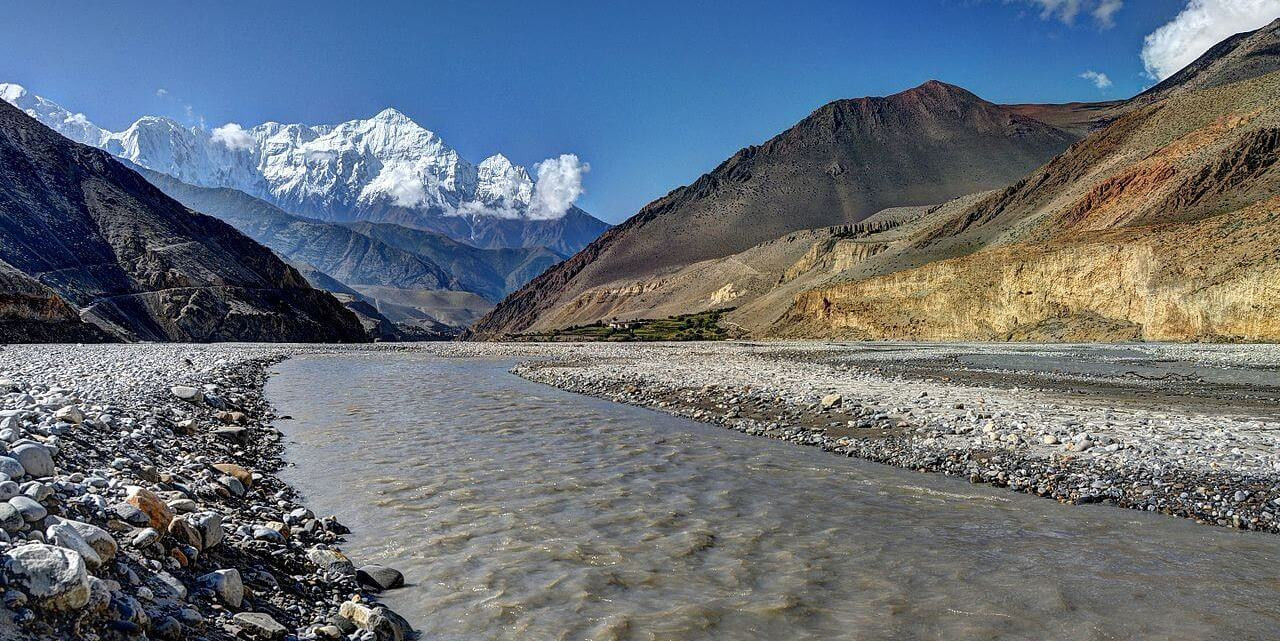 This climb up through pine forests home to red pandas to the Hindu holy lakes of Gosainkund is the most popular add-on to a Langtang Valley trek and a beautiful short trek in and of itself. Although you don't directly encounter the high mountains, you do get spectacular vistas of the Langtang and Ganesh ranges and cross the treacherous, frequently snow-covered Laurebina La. (4,610m).

There are various approaches to Gosainkund, but it is better to do the Langtang Valley trip first to acclimate. Cut across to Gosainkund from a location near Doman's teahouses, and then descend to Kathmandu along the Helambu Circuit. Though there is a significant elevation gain and a high incidence of altitude sickness, some people travel directly from Dhunche to Gosainkund. It is a long uphill slog from Helambu to Gosainkund that also begs for altitude issues.

The routes surrounding the formidable Manaslu (8,156m), the eighth-highest mountain in the world, offer it all. Rice fields and steamy lowland lowlands give way to ice-covered passes that are home to leopards and much more.

There are monasteries full of jewels and magical valleys brimming with Tibetan culture. There are thrilling day-long side treks to glaciers, base camps, and undiscovered gompas in addition to the exhilarating walking with comparatively few other trekkers. Although the neighboring Tsum Valley opened to international trekkers even later than the Manaslu region, it was immediately popular with those looking for a difficult and undeveloped hiking destination.

Overall, this is one of Nepal's most rewarding trekking regions, as anyone who has hiked under Manaslu would likely attest. While there are trekking lodges in Manaslu, they are currently far more basic than those on the Everest and Annapurna treks. With frequent public transportation from Kathmandu and Pokhara, reaching the trailheads in this region is simple and affordable.

Trek duration: 14-18 Days (It’s best to allow 18 days to enjoy the many side trips and to acclimatize properly)

The epic Dolpo to Jomsom or Upper Mustang trip lasts three to four weeks. From the Juphal airport, head north to Phoksundo Lake (you can also go through Do Tarap), over the Sehu La (5,160m), to Shey Gompa, and then east, up and over several significant 5,000m-plus passes, across the barren high-altitude desert. The only other people you'll encounter are the sporadic flock herders and traders returning from Tibet with yak caravans.

To reach Makalu base camp, there is only one accepted path, and it is a straightforward there and return over the same trail. However, for the first and last few days of this walk, there are only permanent settlements. The only other people you'll typically encounter are yak herders and their herds. Camping amid beautiful spring flower fields far from other people and waking up to sweeping mountain views is one of the joys of this walk.

After passing through the villages, the path climbs steeply through the woods, crosses the 4,127-meter-high Shipton Pass (named for Eric Shipton, who followed this path with Sir Edmund Hillary during the 1952 Everest reconnaissance expedition), and then continues through the Barun Valley while passing waterfalls and rapids. The valley eventually opens out and you reach base camp after navigating scree fields and landslide debris.

You'll be in awe of the view from base camp, but you can get even better views of Makalu and side views of Lhotse, Lhotse Sar, and Everest by ascending to the neighboring ridge on Peak 3. Most likely, there will be just you.

Difficulty: Difficult. Lots of steep up and down and the fast elevation gain means the risk of altitude sickness is high